The statewide gas price average in Texas is $1.88 for a gallon of regular unleaded fuel, according to the AAA Texas Weekend Gas Watch. That price is one cent less than on this day last week and is 59 cents less per gallon compared to this day last year. Of the major metropolitan areas surveyed in Texas, drivers in Abilene, Midland and Odessa are paying the most on average at $1.99 while drivers in Victoria are paying the least at $1.79 per gallon. The national average price for a gallon of regular unleaded is $2.19, which is one cent more compared to this day last week and 56 cents less than the price per gallon at this same time last year.

The Lone Star State’s weekly gas price average has dropped for the first time in more than two months, according to gasprices.aaa.com. Market analysts note the minor change comes as regional gasoline stocks build, plus around the U.S. demand for gasoline is relatively weak compared to this same time last year. This week’s subtle price change could be due to a rise of COVID-19 cases in some areas across the U.S., which may cause some Texans to reconsider outings.

“AAA forecasts that most people in our region of the country will choose the car over any other mode of transportation if traveling this summer,” said AAA Texas spokesperson Daniel Armbruster. “While most people will drive, demand for gasoline may fluctuate in the coming weeks due to reports that coronavirus cases have increased in some states, which could impact pump prices.” 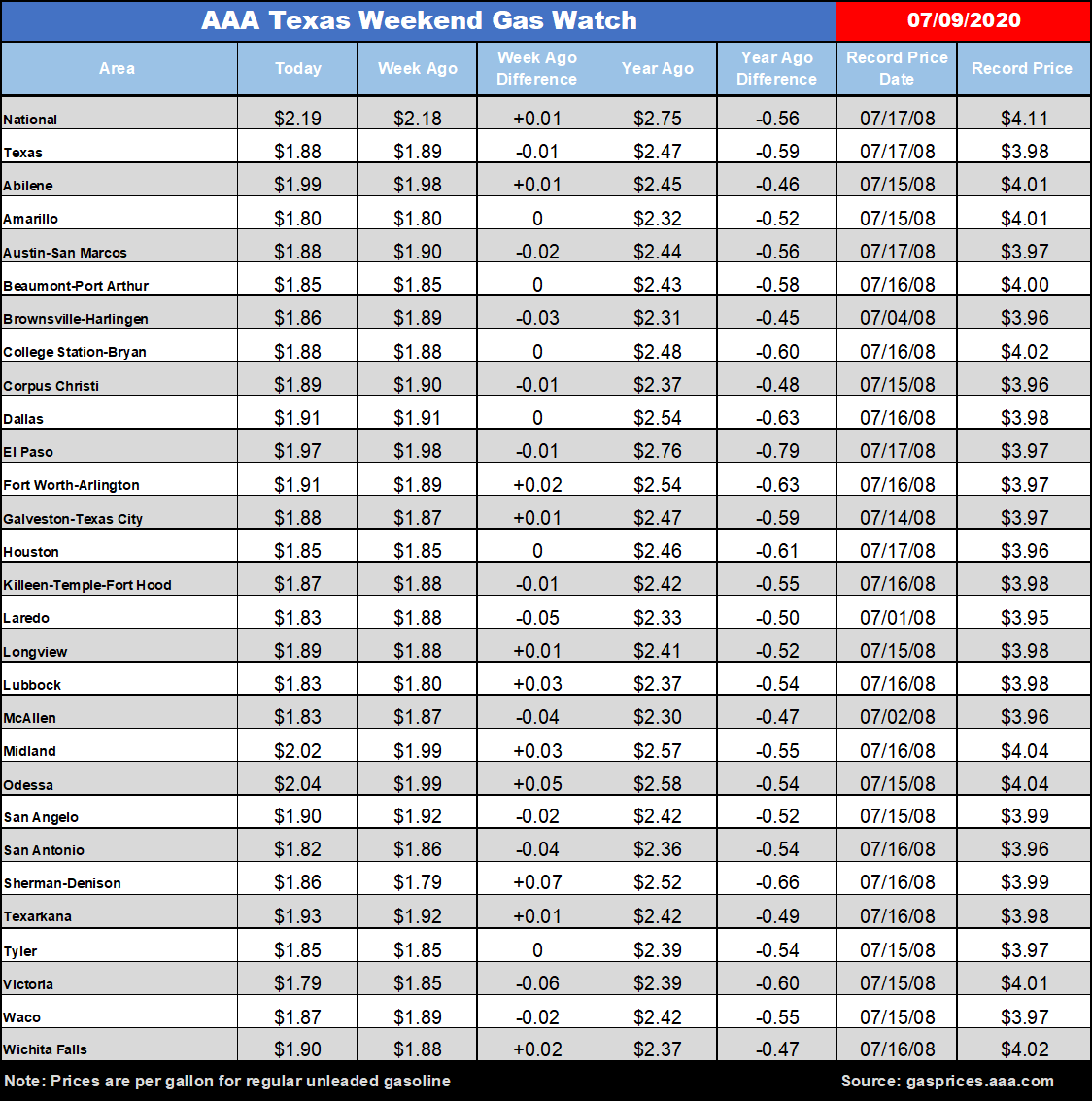