New data from the AAA Foundation for Traffic Safety reveals Texas has more summertime crash deaths involving teen drivers than any other state. Across the U.S., more than 7,000 people died in teen driving-related summertime crashes from 2010 to 2019. That’s more than seven people/day during these 100 Deadliest Days – the period from Memorial Day to Labor Day – compared to the rest of the year (six people/day).  According to previous research from the AAA Foundation for Traffic Safety, new teen drivers ages 16-17 are three times as likely as adults to be involved in a deadly crash.

“Texas leads the nation in the total number of fatal teen automobile crashes that occur during summer months when younger drivers tend to have more unstructured time behind the wheel,” said AAA Texas spokesperson, Daniel Armbruster. “Parents should encourage teens to double down on staying focused when driving, buckling up for every ride, and driving within posted speed limits.” 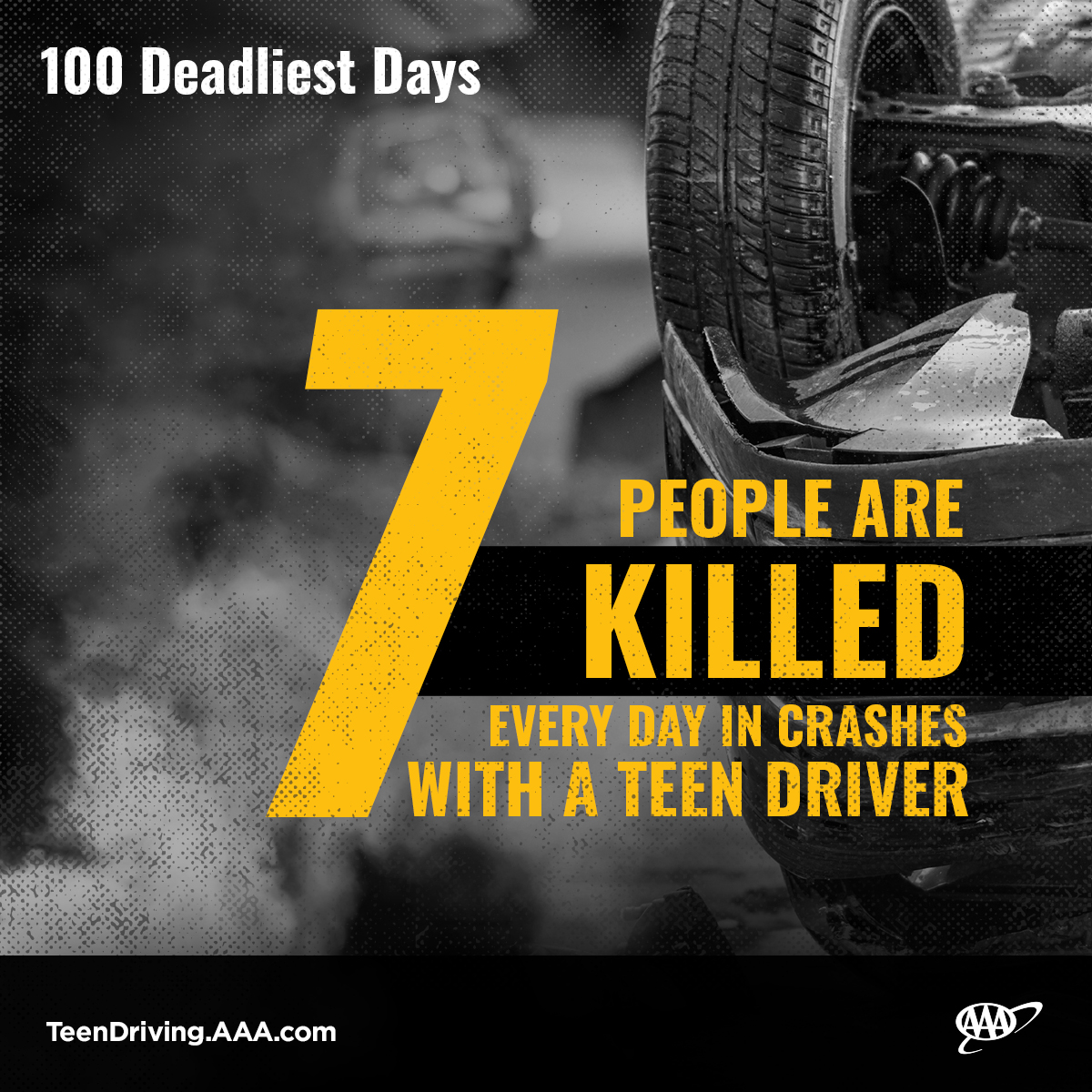 As teens take to the road this summer, AAA Texas recommends that parents model safe driving behaviors and help ensure their teens practice them too. With pandemic restrictions easing, it’s also a good time for parents to consider having their teens complete a comprehensive driver education course as well as focus on the dangers of three factors that commonly result in deadly crashes for teen drivers:

Distraction: Distraction plays a role in nearly six out of 10 teen crashes, four times as many as official estimates based on police reports. The top distractions for teens include talking to other passengers in the vehicle and interacting with a smartphone.

Not Buckling Up:  In research published in 2015, 60 percent of teen drivers killed in a crash were not wearing a safety belt. Teens who buckle up significantly reduce their risk of dying or being seriously injured in a crash. And according to the National Highway Traffic Safety Administration, of the 22,215 passenger vehicle occupants killed in 2019, 47% were not wearing seat belts.

Speeding: Speeding is a factor in nearly 30 percent of fatal crashes involving teen drivers. A previous AAA survey of driving instructors found that speeding is one of the top three mistakes teens make when learning to drive. 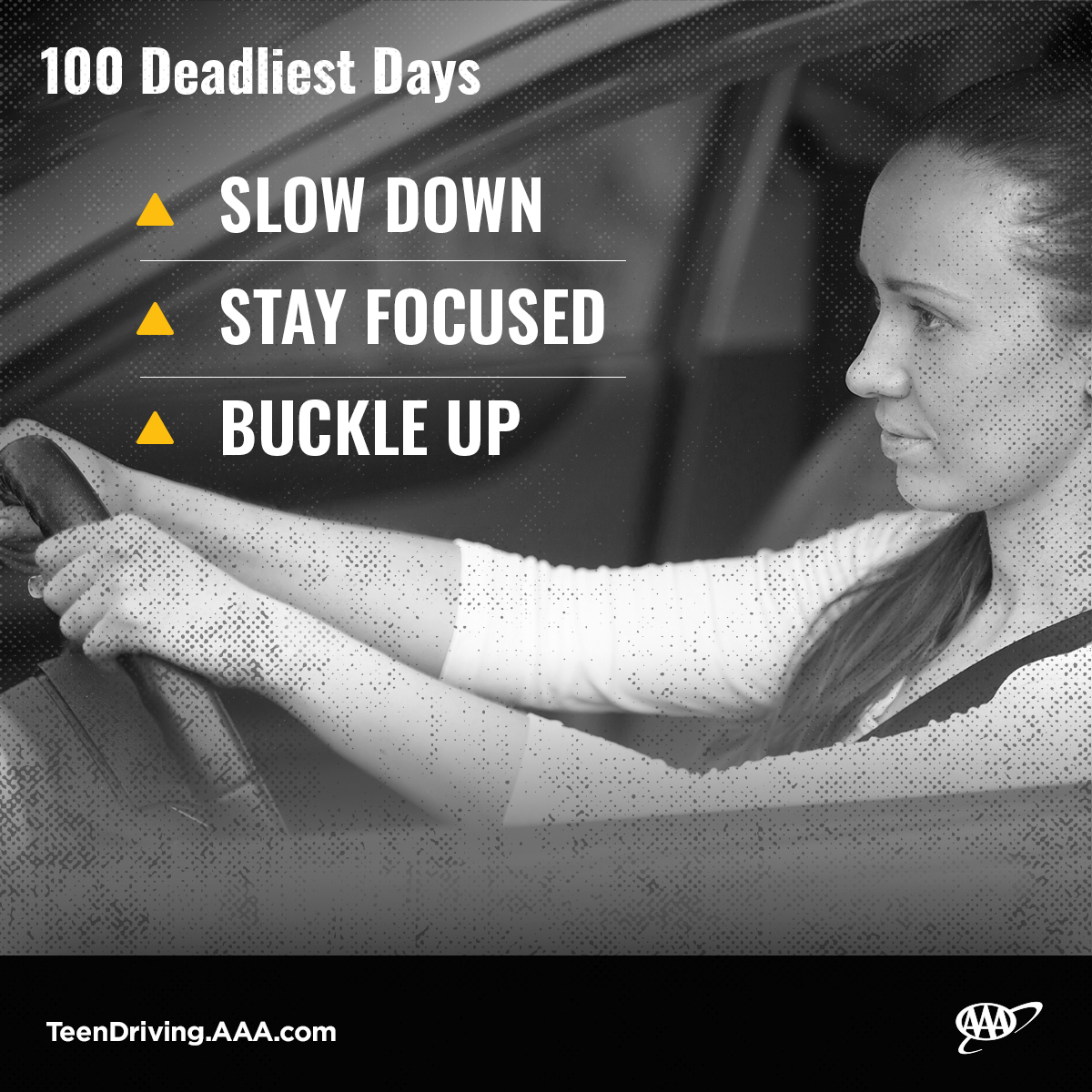 To support parents in conducting practice driving sessions, AAA provides a free four-page guide to help parents coach their teens on driving safely.  The “Coaching Your New Driver – An In-Car Guide for Parents” offers behind-the-wheel lesson plans, including various “DOs and DON’Ts” to make the learning experience as helpful as possible.  The guide can be beneficial for parents as they coach their teens on multiple routes, building on their formal behind-the-wheel training.

TeenDriving.AAA.com has a variety of tools to help prepare parents and teens for the dangerous summer driving season. The online AAA StartSmart Parent Session also offers excellent resources for parents on how to become effective in-car coaches, as well as advice on how to manage their teen’s overall driving privileges. Teens preparing for the responsibility of driving should enroll in a driver education program that teaches how to avoid driver distraction and other safety skills.

AAA provides more than 62 million members with automotive, travel, insurance and financial services through its federation of independently owned motor clubs and nearly 1,000 branch offices across North America. Since 1902, AAA has been a leader and advocate for the motorist and safe mobility. Drivers can request roadside assistance, identify nearby gas prices, locate discounts, book a hotel or map a route via the AAA Mobile app. AAA Texas branch offices throughout the state can be found by visiting www.AAA.com. Follow AAA Texas on Twitter: @AAATexas and Facebook: www.facebook.com/AAATexas.