AAA Texas calls on drivers in the Lone Star State to adhere to the statewide “Move Over or Slow Down” law which requires drivers to move over a lane or slow to 20 mph below the posted speed limit when approaching emergency vehicles, law enforcement, tow trucks, utility service vehicles, Texas Department of Transportation vehicles or other highway construction or maintenance vehicles using visual signals or flashing lights activated on the roadside. According to the latest data available from the National Highway Traffic Safety Administration's (NHTSA) Fatality Analysis Reporting System (FARS), Texas had the greatest number of people killed while outside a disabled vehicle from 2015 through 2019, totaling 263 people.

An average of 24 emergency responders, including tow operators, are struck and killed by vehicles while working at the roadside each year – meaning someone in this line of work is killed, on average, every other week in America. With millions preparing to take road trips for the holidays, startling new data from the AAA Foundation for Traffic Safety finds not everyone understands the laws that require drivers to give roadside rescuers space or slow way down if they can’t move over.

"Deaths like these can be avoided if drivers slow down and move over to give our roadside heroes room to work safely,” said Daniel Armbruster, AAA Texas spokesperson. "We can't stress enough how important it is to pay attention so you have time to change lanes when you see AAA Texas, an emergency responder, or simply anybody along the side of the road."

New data from the AAA Foundation for Traffic Safety finds that among drivers who do not comply with Move Over laws at all times:

To protect these individuals, AAA and other traffic safety advocates have led the way in getting Move Over laws passed in all 50 states and the District of Columbia. Yet, the AAA Foundation finds that –

In Texas, drivers who fail to give emergency and work crews, including tow trucks, space to safely do their jobs can receive a ticket with a fine of up to $200. If there is a crash that causes injury to a worker, drivers can be fined up to $2,000.

It's not just tow providers and other emergency responders being killed on the side of the road. Since 2015, more than 1,600 people have been struck and killed while outside of a disabled vehicle across the country, with the highest number occurring in Texas. The reality is that drivers are increasingly distracted while driving. Previous AAA Foundation research has found that drivers are up to four times as likely to crash if they are talking on a cell phone while driving and up to eight times as likely to be in a crash if texting.

"If you see something, anything, on the shoulder ahead, slow down and move over," said Jake Nelson, AAA's director of traffic safety advocacy and research. “It could literally save someone’s life.”

About Slow Down, Move Over

Since 2007, AAA has been instrumental in passing Move Over laws in all states, including advocating for those laws to cover tow providers and other emergency responders. Additionally, AAA clubs have participated in educational and advocacy initiatives, creating public service announcements and reaching out to state officials. But, there is more work to be done. AAA is committed to raising awareness of the Move Over laws and the dangers associated with working at the roadside.

These laws require motorists to move over one lane or slow down when approaching an incident where tow providers, police, firefighters or emergency medical service crews are working at the roadside. Many states have also expanded their laws to cover other vehicles, such as utility and municipal (e.g. sanitation vehicles) fleets, as well as any disabled vehicle on the side of the road.

To protect roadside workers, drivers with disabled vehicles, and others, and to improve highway safety, AAA offers these precautionary tips: 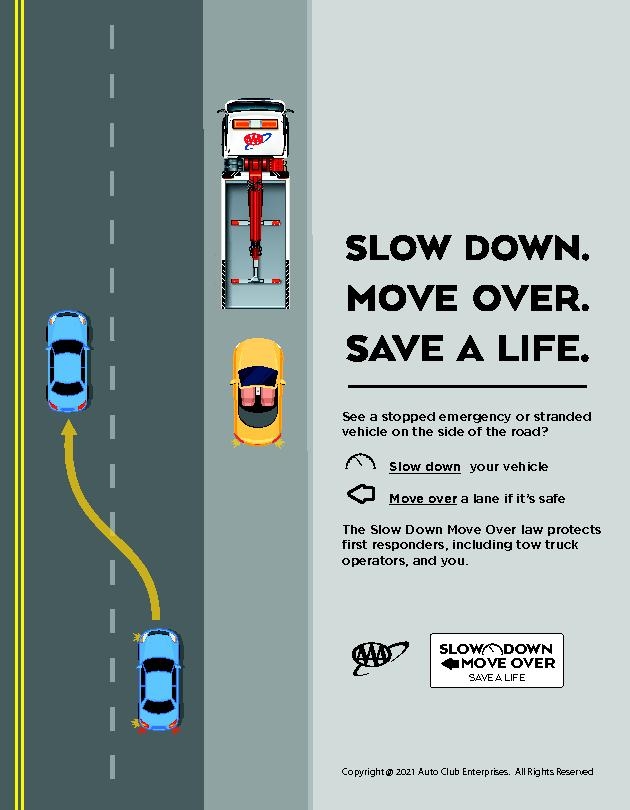 About the AAA Foundation for Traffic Safety: Established in 1947 by AAA, the AAA Foundation for Traffic Safety is a nonprofit, publicly funded, 501(c)(3) charitable research and educational organization. The AAA Foundation's mission is to prevent traffic deaths and injuries by researching their causes and by educating the public about strategies to prevent crashes and reduce injuries when they do occur. This research develops educational materials for drivers, pedestrians, bicyclists, and other road users.

About AAA: AAA provides more than 62 million members with automotive, travel, insurance and financial services through its federation of independently owned motor clubs and nearly 1,000 branch offices across North America. Since 1902, AAA has been a leader and advocate for the motorist and safe mobility. Drivers can request roadside assistance, identify nearby gas prices, locate discounts, book a hotel or map a route via the AAA Mobile app. AAA Texas branch offices throughout the state can be found by visiting www.AAA.com. Follow AAA Texas on Twitter: @AAATexas and Facebook: www.facebook.com/AAATexas. 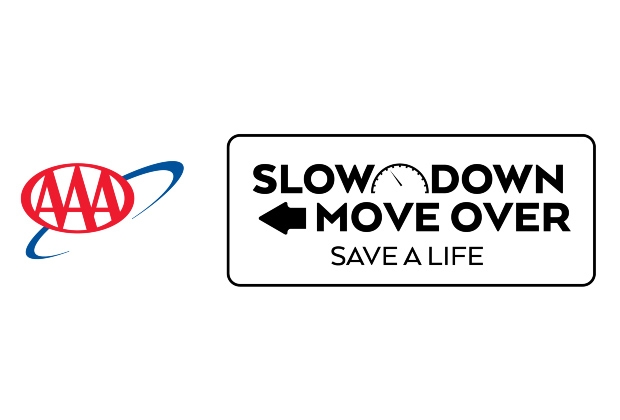