The statewide gas price average in Texas is $1.86 for a gallon of regular unleaded fuel, according to the AAA Texas Weekend Gas Watch. That price is the same as on this day last week and is 44 cents less per gallon compared to this day last year. Of the major metropolitan areas surveyed in Texas, drivers in El Paso are paying the most on average at $2.11 while drivers in Sherman/Denison are paying the least at $1.73 per gallon. The Sherman/Denison area also has the lowest average of any U.S. metropolitan area surveyed by AAA. The national average price for a gallon of regular unleaded is $2.19, which is the same as compared to this day last week and 46 cents less than the price per gallon at this same time last year.

The statewide pump price average remains unchanged as another hurricane is set to disrupt the oil and gas industry in the Gulf of Mexico. Stable prices persist even as there was an uptick in demand week-to-week of just over four percent across the country and regional gasoline supplies fell by more than four percent, according to the latest Energy Information Administration data. The price for a barrel of crude oil has been volatile in recent days, but still less expensive than the beginning of 2020. Winter blend gasoline, which is typically less expensive for refiners to produce, may also be contributing to current price stabilization. Texas drivers have been paying below $2 a gallon for regular unleaded on average for 209 days.

“Even with Hurricane Delta churning in the Gulf of Mexico, the statewide gas price average is sitting at the same price as last week,” said AAA Texas spokesperson Daniel Armbruster. “Market analysts will continue to monitor the storm’s impact; however, this is another example of how much of an impact the demand destruction caused by COVID-19 concerns has had on the oil and gasoline industry.”

Drivers in Texas are paying some of the cheapest prices at the pump, ranking 2nd lowest in the country, according to gasprices.aaa.com. Currently six Texas cities fall into the Top 10 cheapest gas price averages among all U.S. metro areas surveyed by AAA (chart below). 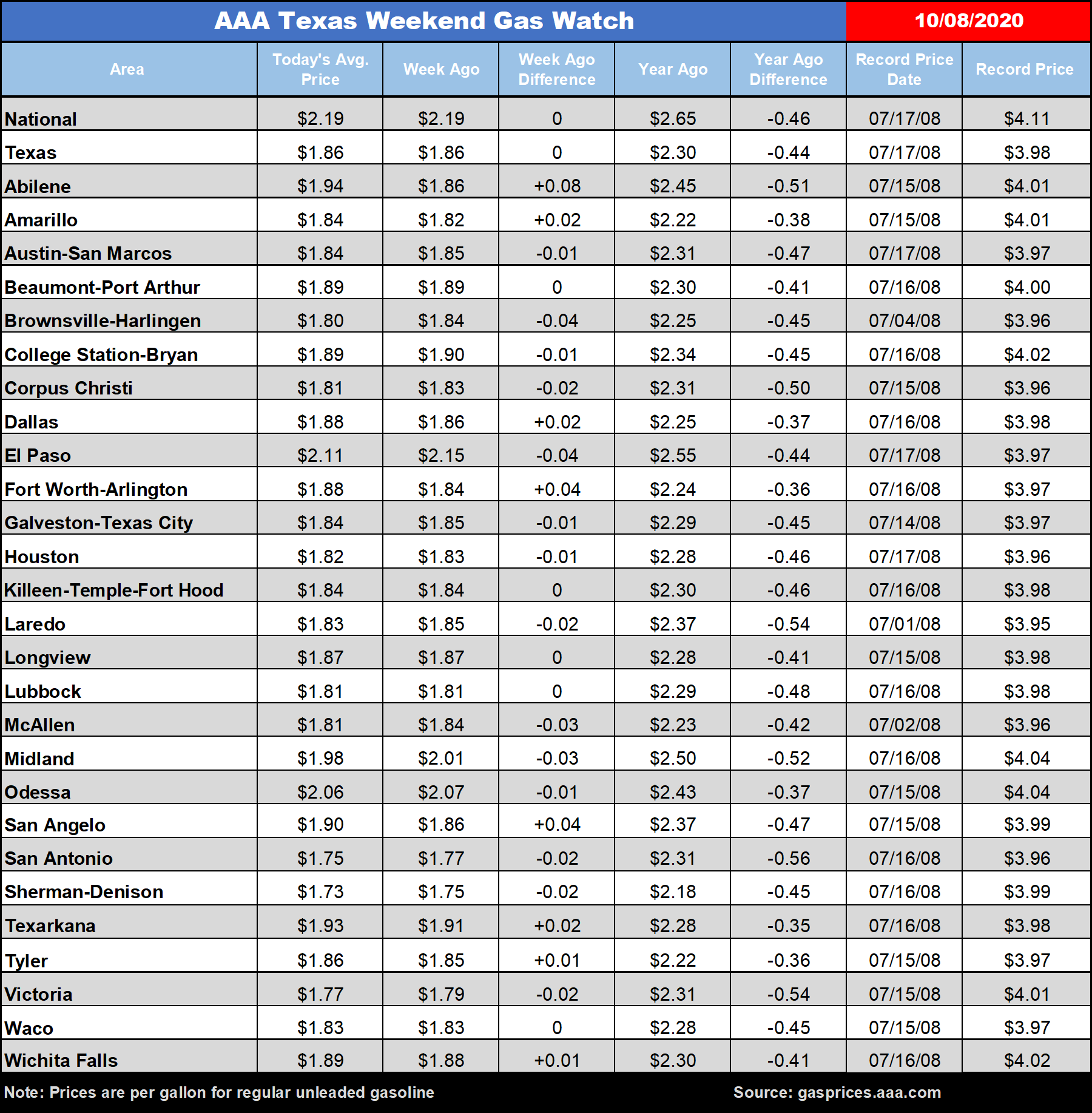